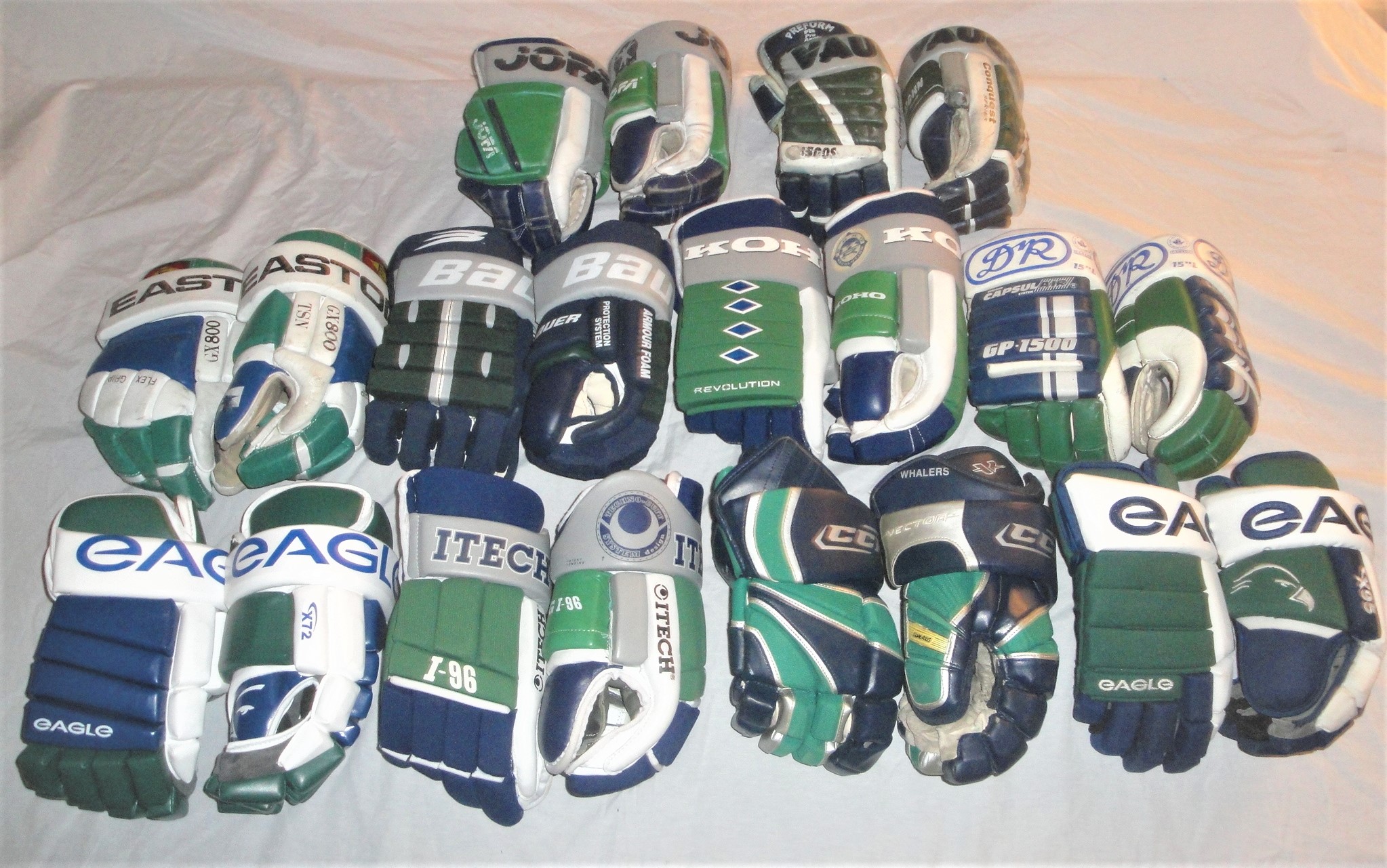 I worked at a shop in CT back in the day. The "Jack the Gripper" grips were not a big seller at retail. I think Gretz , Hull and a few others liked them. At some point in the late1990's the company went out of business and  Wayne (or someone on his behalf) scoffed up whatever stocks of these things they could locate.  Ours were purchased by Marc Savard, who was with the Rangers organization at the time and had a mild case of Gretzky man crush. If left untreated it would have developed into full blown Ryan Smyth level illness. With that said, I can't see anyone paying 300-400 bucks for these things, even a die hard Gretzky collector.

In Topic: The Rant Topic - What's Bugging You Today?

Maybe I need to get a few buyers point of view on this one but here goes:

Customers orders a stick at 730pm on the 10th. I mail it out in the morning on the 11th. Couldn't possibly mail it out any faster due to the post office being closed over night and not opening up until 830am.

Stick tracking updates the first couple days then suddenly gets stuck at the distribution center. USPS Priority is usually 2-3 days across the US but ever since Covid there have been some excessive delays due to backlogged distribution centers. So buyer contacts me on the 15th stating that the stick is lost and he wants his money back. I kindly explain its not lost its just hung up in the system. This is neither the first nor last stick this will happen to. He says he doesn't care about any other stick or situation and he is only worried about his stick. Next day I start a case with USPS and contact his local post office which I document and send to him so he knows Im trying to help anyway I can. Postal worker even states the package isn't lost just hung up at the distribution center.

Next day buyer starts getting nasty saying he's out a stick, im stealing his money, he wants his money back, he wants us to mail another stick. All of which we cant due because the stick isn't deemed "lost" just hung up. So now were onto Thursday and no update on tracking so I contact his local post office again. Lady says they have 3 people working on this situation and should have a answer by Friday. I document all this and tell the buyer all this info. Lady at post office also says buyer has called them several times as well so he's very aware their telling him the same thing he told me.

Friday comes and what do you know, tracking updates and stick is out for delivery. Stick is confirmed DELIVERED on friday so I send him a couple emails first showing its delivered then second apologizing about the situation but unfortunately this sometimes happens with USPS. Prior to the stick being delivered I received about 4-5 emails a day from the buyer but once it was delivered I got nothing!!

Looked on our google review and he leaves a 1 star review the day before it was delivered saying "Ordered a pros tock stick two weeks ago. Still have not received it, and DK hockey is telling me oh well just wait for it. I would like DKHOCKEY to refund my money for this item thanks."

First of all it took 9 days(7 business days) for the stick to be delivered not 2 weeks. I remained in contact with the buyer the entire time. Answering all his questions, trying to ensure him that the stick was just caught up in the system and not lost. In the end he continued to say it was our fault for using USPS, demanding his money back, and blaming us for this situation. Ultimately he received his stick and went ghost on us after leaving that unneeded negative review.

Well, many people are insufferable pricks.  Is it possible to respond to the google review like you can with ebay feedback?  Just layout the timeline and people will be smart enough to figure out the rest.

Can’t wait to see the corresponding gloves and pants on some of these.


I believe the avs gloves were light blue/white Nords style .